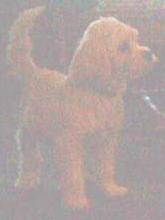 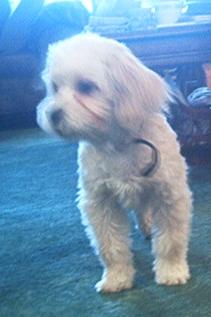 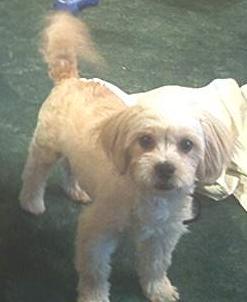 Meet my parents' new pet puppy named Reilly, based on "the life of Riley"!

Thanks to everyone who submitted ideas! There are some really good ones on the list, and they helped out quite a bit.

We found this little guy at a pet shop in Alexandria, MN. He's a 5-month-old Peek-a-poo (half Pekinese, half Poodle). So far he's still timid (he scampers out of your way when you walk near him) but at the same time he's strangely out-going. If you have a blanket near you, he'll gladly come up to you and cuddle in and even let you pet him. Also, when he hears strange noises (like our dish-washer) he's not afraid to sound the bark alarm. Overall, Reilly's a very friendly and mellow dog.